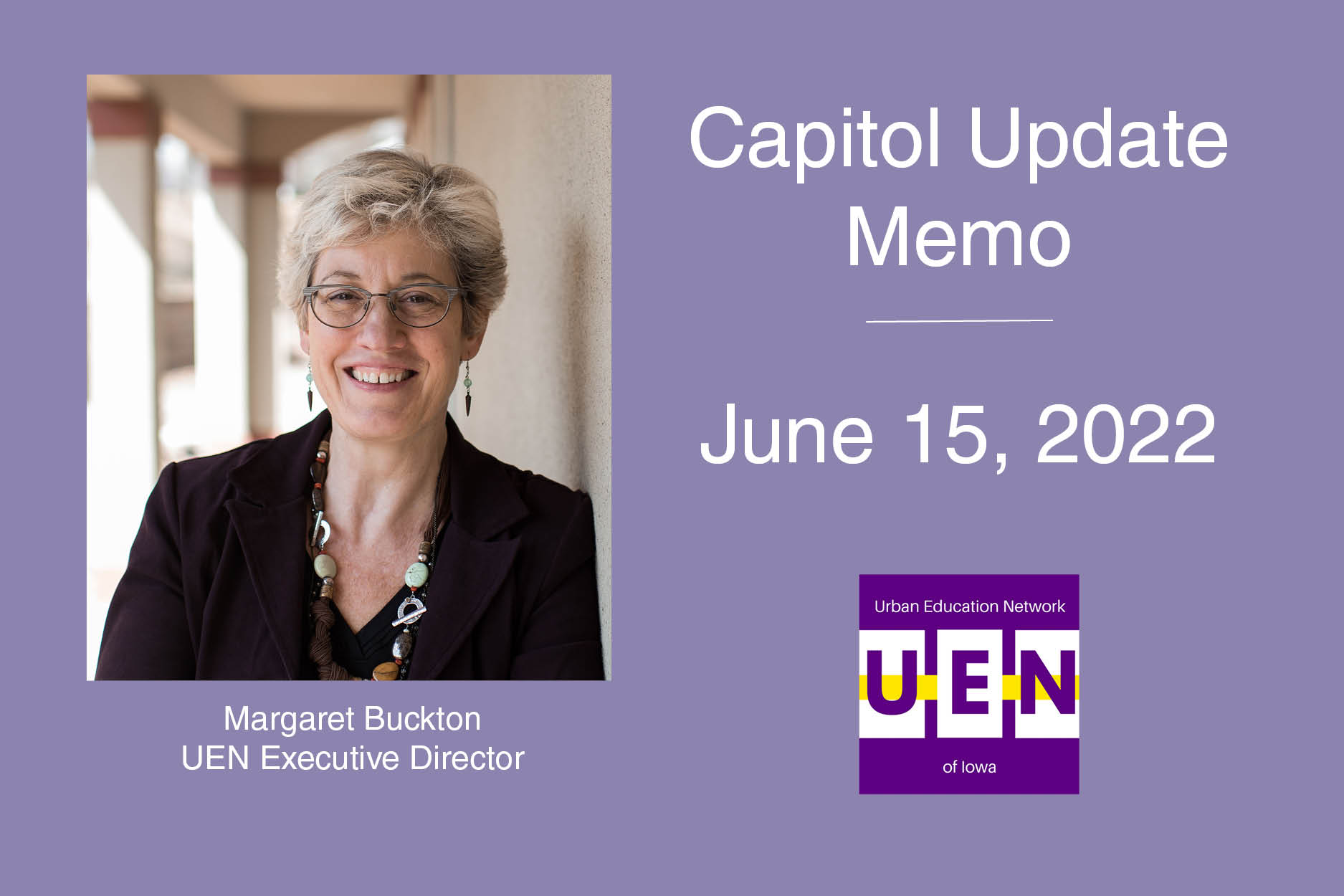 See below for a quick legislative update:

HF 2081 Praxis: the bill eliminates the requirement for a student to pass an assessment such as Praxis in order to enter an education program of study or in order to get an Iowa teaching license. The bill also directs the regent universities to contact alumni who have obtained an education degree but did not pass the Praxis test, preventing them from obtaining a teaching license, to inform them of this change, as they would now be eligible for a teachers’ license. UEN supported this bill, which was passed unanimously by the House and Senate. The Governor signed it on June 13 and it is effective as of June 13.

This bill is effective immediately as it was signed by the Governor on June 13. UEN was undecided on this bill, which was approved in the Senate unanimously and in the House 87:1.

Other Operational Sharing actions pending:
HF 2589 Standings Appropriations Bill, which has not yet been signed by the Governor, adds another position, a college and career transition counselor or coordinator, for a weighting of 3 students (lowered to 2 students).

Here’s the language from Iowa Code 257.11 subsection 5(b) which reads:

HF 2589 Open Enrollment also includes the legislation to eliminate the open enrollment deadline, which is not yet signed by the Governor. The Governor has 24 days to complete her action on any legislation sent to her in the final days of the session.

We will keep you posted as the Governor signs additional bills over the next two weeks.